If you have a silencer, you prize it. If you’re wishing for one, you’re probably held back by one of two things, or maybe both: the $200 Tax payable to the ATF and the hassle of ownership. You need a trust to own it, or perhaps a corporation. Or you could fill out forms and hope your Chief Law Enforcement Officer is agreeable to you possessing a silencer. The hassle has been haunting Americans since 1934 and Arizona Rep. Matt Salmon (AZ-05) is introducing a bill in Congress to change all that. Announced earlier today by the American Suppressor Association (ASA), The Hearing Protection Act (HPA) would completely remove silencers (also known as suppressors) from the unjustified confines of the National Firearms Act. 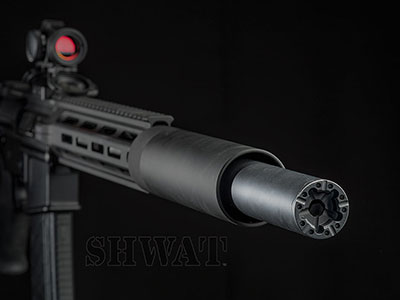 Ultimately the goal is the ability to buy a suppressor off the shelf like a gun. Pass the NICS check and you can walk out the door with your new mount-on-muzzle hearing protection. If your ears are ringing – or even if not – you might want to ring up your representative and get them on board.

Here’s the text from the American Suppressor Association press release:

“The American Suppressor Association believes that citizens should not have to pay a tax to protect their hearing while exercising their Second Amendment rights,” said Knox Williams, President and Executive Director of the ASA. “The removal of suppressors from the National Firearms Act has been our ultimate goal since day one. For months, we have worked alongside Rep. Salmon’s office and the National Rifle Association to craft this legislation. Although we recognize that introducing this bill is the first step in what will be a lengthy process to change federal law, we look forward to working with Rep. Salmon and the NRA to advance and ultimately enact this common-sense legislation.”

Also known as silencers, suppressors are the hearing protection of the 21st century sportsman. Despite common Hollywood-based misconceptions, the laws of physics dictate that no suppressor will ever be able to render gunfire silent. Suppressors are simply mufflers for firearms, which function by trapping the expanding gasses at the muzzle, allowing them to slowly cool in a controlled environment. On average, suppressors reduce the noise of a gunshot by 20 – 35 decibels (dB), roughly the same sound reduction as earplugs or earmuffs. In addition to hearing protection, suppressors also mitigate noise complaints from those who live near shooting ranges and hunting lands.

Unfortunately, suppressors have been federally regulated since the passage of the National Firearms Act of 1934. The NFA regulates the transfer and possession of certain types of firearms and devices, including suppressors. Currently, prospective buyers must send in a Form 4 application to the ATF, pay a $200 transfer tax per suppressor, undergo the same background check that is required to purchase a machine gun, and wait months for the ATF to process and approve the paperwork. In stark contrast, many countries in Europe place no regulations on their purchase, possession, or use.

Rep. Salmon’s Hearing Protection Act will fix the flawed federal treatment of suppressors, making it easier for hunters and sportsmen to protect their hearing in the 41 states where private suppressor ownership is currently legal, and the 37 states where hunting with a suppressor is legal. This legislation will remove suppressors from the onerous requirements of the NFA, and instead require purchasers to pass an instant NICS check, the same background check that is used during the sale of long guns. In doing so, law-abiding citizens will remain free to purchase suppressors, while prohibited persons will continue to be barred from purchasing or possessing these accessories.

For more on the ASA, visit AmericanSuppressorAssociation.com