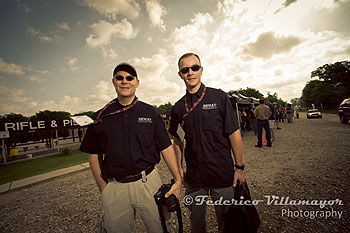 SHWAT™ founders Jonathan and Stephen attended the First Annual Silencers are Legal Shoot in Dallas on Saturday April 28th.  The event was organized by suppressor manufacturer Silencerco, and hosted by Elm Fork Shooting Range.  Full auto was allowed, but all shooting was required to be suppressed.  In other words, almost any gun was allowed and without the annoying “No rapid fire” or “no double taps” rules common at most gun ranges, they could be unleashed.  I’m not questioning the safety rules that shooting ranges have in place, but when you invite people to bring every cool guy toy in the box, it’s appropriate to let them run them like they were made to be run.  Seen at the event: everything from revolvers (really) to HK 45s, from MP5-SDs to super quiet bolt guns.  Of course, the ubiquitous .223 & .300 Blackout ARs were everywhere.  Even a .50 BMG rifle and M249 SAW were present. 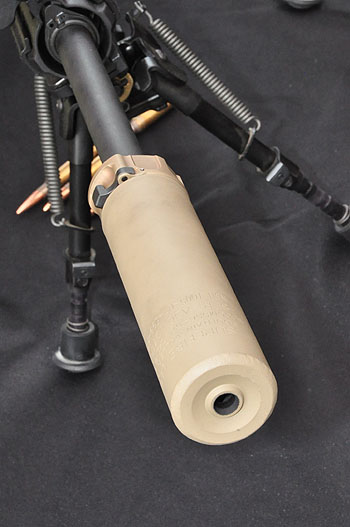 Intended as an educational and outreach as well as a fun event, it was a great success.  Both industry heavyweights and newcomers were there.  Jordan King, of King’s Arsenal, felt like it was the right environment to introduce his business to the public.  “Silencer buyers appreciate quality, so it was a good fit for us to show what we can do,” he says.  The pros at Surefire brought a surprise:  the first public introduction to their the SOCOM 556-RC.  They are planning to use it’s new fast attach system on their whole line.  Innovative Arms came, living up to their name with an adjustable gas upper receiver.  Zak Smith, with Thunderbeast Arms of Wyoming, brought not only some serious cans for big guns (think .338 Lapua), but a schedule of training classes.  Indiana based Huntertown Arms, who’s slogan is “Silencers for Everyone” showed off their own innovations in silencers: user serviceable cans where the serialized portion can be retained by the owner should the other parts need repair or replacement.

Kel Whelan from iconic Gemtech told us that the target audience was the masses of people that don’t know much about suppressors.  That includes the rapidly increasing numbers of people who are interested in learning more about suppressor benefits and ownership options.  When it comes to ownership options, Gun Trust Lawyer David Goldman was on hand giving qualified guidance to anyone who asked. 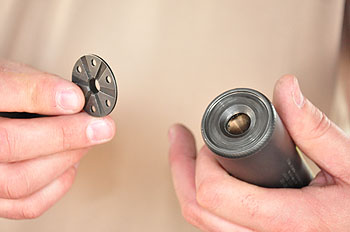 While the event was suppressed in decibels, the atmosphere was incredible. Attendees were having a blast and finding out just what “silencers” are all about.  In the words of Gary Huges at industry heavy weight Silencerco, “Silencers do not make a gun silent or super deadly.”  As evidence of that, the Etymotic folks were there with a booth where you could test drive their GunSport PRO hearing protection.  On the firing line, if the SHWAT™ guys weren’t wearing these, they wore Surefire EarPros.  Silencers or not, it’s hard to beat these for all day comfort.  There was a lot on lead in the air that day, and some of the suppressed big gun blasts under the metal roofs were still pretty intense.  SHWAT’s Stephen observed, “Unlike being around unsuppressed fire, once I stepped away from the firing line, and the metal roof over it, I could remove the ear protection and the noise level was quite comfortable.  Conversations were held at normal volume.” Keep an eye out at SHWAT.com for a future in depth review of hearing protection. 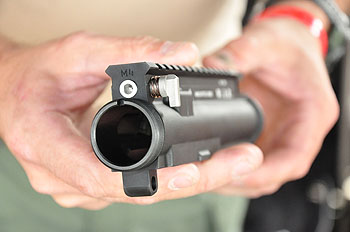 The American Silencer Association (ASA) points out that suppressors are not just for the military and SWAT teams.  “One of the most common problems for shooters is decreased accuracy caused by flinching in anticipation of the firearms discharge and recoil. By containing the explosion at the muzzle, reducing recoil, and decreasing muzzle flip, silencers dramatically increase accuracy, especially among new and inexperienced shooters.”

Speaking of SWAT teams, what are the benefits for the SHWAT™ hunter? Decreased decibels yield increased situational awareness and better communication between team members.  When using night vision gear, the silencer virtually eliminates muzzle flash preventing “blooming” and loss of sight picture.  Suppressors also help to disguise the shooter’s position, potentially leaving hogs looking at each other trying to figure out which way to run, creating more opportunities for the shooter.  All this leads to more effective tactics, and, most importantly, enhances the safety of the hunters.

Civilians purchase over 27,000 silencers a year, but most U.S. citizens don’t yet know that silencers are legal.  So, if somebody asks you whether mere mortals can own a can, just quote the good folks at Silencerco: “Yes, silencers are legal in beautiful, constitution upholding states just like Texas.”

Special thanks to FEDERICO VILLAMAYOR Photography for some of the images used in this story!

We have more videos from some great manufacturers coming!  We’ll add them to this page, but you can also find them on our YouTube Channel:  Youtube.com/theSHWATteam