Reality Check: What You Haven’t Heard About Executive Orders, NFA and 41F 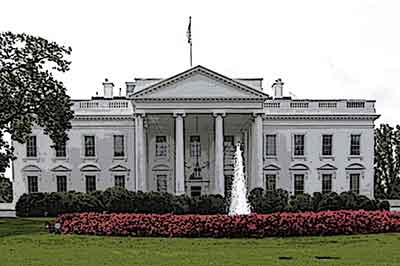 With this week’s announcement of Executive Orders from the White House on guns, many in our shooting and hunting community have experienced dismay, outrage and other strong emotions. Full disclosure – I may have dabbled in a bit of that myself. Reality check: The only surprise in this is positive: More people have more access to more NFA items than ever before. What follows is shared with permission and is the best piece I’ve seen giving context to where we are and how we got there when it comes to the changes in what is looks like to own and acquire NFA items like silencers, short barreled rifles (SBRs), etc.

The following is used with permission from NFATCA®:

As many of you know by now, The Obama Administration has released its (almost) final ruling in regard to changes in policies and procedures for the applications to make and transfer NFA items. The NFATCA, along with the NRA and the American Suppressor Association, and our attorneys, Stephen Halbrook and John Frazer, are pleased to announce that the Department of Justice and ATF have removed the CLEO signature requirement from NFA making and transfer applications. Although all potential possessors now require identification and background checks, the CLEO signature requirement has now been eliminated and revised to a notification process. This should become effective 180 days after Federal Register publication. The AG Order can be found here. So what does all of this mean?

As many of you are aware, the NFATCA has been working for more than a decade to eliminate the CLEO signature requirement.  This has always been the expressed, number one issue that our membership and the firearms community wanted accomplished.  We never stopped working toward that goal.  Removing the CLEO signature requirement will, in the most basic terms, mean that more people have more access to more NFA items than ever before.  While this benefits manufacturers and dealers, the consumer is the real winner here.  To be sure, there is a vocal segment of the community that is not pleased with how we got to this point.

Some deride the NFATCA by claiming that we “wrote 41P” in all of its previous iterations (many of which were Draconian responses to current events by the White House).  Or they claim that the NFATCA “started the mess” with our petition.  These views of the process are misguided, at best.  The federal government clearly expressed concern that prohibited persons were gaining access to NFA items by way of entity (trusts, corporations, LLC’s etc.) purchases that did not require precise identification (fingerprints and photographs) or background checks before we submitted our petition.  The initial effort expressed by ATF/DOJ was a desire to eliminate, outright, non-natural person access to NFA ownership.  Whether that could have been accomplished through legal means could be a matter of endless discussion.  The fact that remained true was: even if they did not commit any violent crimes with registered NFA items they acquired via these entities, prohibited persons absolutely were gaining access to these items.  It is a federal crime for a prohibited person to own any weapon.  ATF/DOJ clearly declared that they would not continue to be in a position to facilitate such an unlawful enterprise. We worked with ATF/DOJ to create a compromise that would preserve the utility of entity ownership, level the playing field for all NFA making and transfer applicants, eliminate the CLEO signature requirement for everyone and increase NFA ownership opportunities for the entire community.  Our petition started that formal process, even though there were some flaws with the language and wording of our original petition.  We had buy in from ATF/DOJ and were working toward success when Sandy Hook happened and derailed the efforts.  The White House took our original petition and turned it on its head and used it as the justification to demand CLEO signatures for everyone involved in any NFA making or transfer request.  This became known as the 41P Notice of Proposed Rule making (NPRM).  That (41P) is not what we requested, not what we petitioned, and not what we wrote.  The White House NPRM was pure and simple political grandstanding.

We immediately hired and retained noted legal representation and partnered with several national organizations in order to combat the federal overreach and to continue driving toward our original goal.  To be sure, others mounted their own efforts to fight 41P.  Some of those fought in cooperation with our group efforts and other took a more solitary route.  We believe that all efforts to fight 41P were mostly helpful.  After years of delay and procrastination, 41P became 41F and looks substantially similar to our original petition:  A petition that addresses the concerns of the federal government while expanding NFA ownership opportunities for everyone by way of elimination of the CLEO signature requirement.

Still, there are folks who are very displeased with how things have unfolded.  The Second Amendment clearly states “shall not be infringed” and many believe that this is inviolate.  The NFATCA understands that sentiment.  The NFATCA also understand that despite that sentiment, legislation and regulation exists in the firearm community and will likely always exist. Under “shall not be infringed” there should not be NFA registration, classification of suppressors as firearms, or even the Hughes amendment that restricts machine gun ownership.  With that said, those regulations exist in the real world and the NFATCA will fight on a daily basis to expand NFA opportunities in the regulated environment.  We understand that many will view any compromise with the government on the issue of gun control as a failure.  It is not possible for us to appease that view.

There are those who have abused the opportunities that entity ownership provided under the old regulations.  41F greatly reduces that potential abuse by requiring every responsible person within such an entity to provide fingerprints and photographs and submit to an FBI background check just like every individual making or transfer applicant currently does.  This is an additional burden on entity applicants, but no more of a burden than that of an individual.  The playing field has been leveled.  There will no longer be an opportunity to “fly under the radar, unidentified,” for NFA ownership.  All of the other benefits of entity ownership (estate planning, transfer paperwork reduction, item use, etc.) remain in place and available to any who choose to use entity ownership.

The NFATCA expects that there will be some confusion over precisely who is a responsible person in terms of these new requirements.  In the case of a trust, those with the power or authority to direct the management and policies of the trust includes any person who has the capability to exercise such power and possesses, directly or indirectly, the power or authority under any trust instrument, or under state law, to receive, possess, ship, transport, deliver, transfer, or otherwise dispose of a firearm for, or on behalf of the trust.  Examples of who may be considered a responsible person include settlors/grantors, trustees, partners, members, officers, directors, board members, or owners.  An example of who may be excluded from this definition of responsible person is the beneficiary of a trust, if the beneficiary does not have the current capability to exercise the powers or authorities listed above. 41F states that these responsible persons will need to submit fingerprints and photographs along with entity documentation when submitting an application for making or transfer of an NFA item.  Some have expressed concern that 41F indicates that fingerprints must be done by an “official.”  We have spoken with ATF and they assure us that there are no new requirements for fingerprints and who must “create” the fingerprint cards and will clarify that in writing.  Some have expressed concern that it will be onerous to submit fingerprints and photographs for all responsible persons every time an application is made.  41F provides that if a new application is made within 24 months an approved submission for the same entity, a simple certification of no change will suffice.

Many people are expressing rightful concern that ATF’s NFA Branch is going to be deluged with applications seeking to get filed before the new rule goes into effect.  NFATCA and ATF expect this to be true.  NFA Branch has dramatically increased its processing efficiency in the past year through process and staffing.  ATF senior management has promised to secure additional increased in resources from what the White House has committed in recent announcements in order address the anticipated increased workload.  ATF’s senior management has also acknowledged that they will need to enhance or upgrade the current eForms system in order to deal with the 41F requirements when they go into effect.  ATF was working towards this goal even before 41P was finalized.  The workload will always increase and the infrastructure must improve in order to handle that workload.  NFA Branch is absolutely working toward making the needed improvements a reality.

Important points to be aware of:

•   The new rule will not be retroactive to existing entities, applications in progress, and applications post marked before the effective date.

•   The new rule will affect new and existing entities when making application after the effective date.

•   The new rule does place an additional burden on entities in order to foreclose the possibility of prohibited persons gaining access to NFA items.  The burden of identification and background checking, at least once, is the same burden that an individual applicant shoulder with each application.

•   The new rule eliminates the CLEO signature approval requirement for everyone.

•   The new rule requires CLEO notification (with a copy of the application).

•   Entity ownership benefits have not been lost, save for the ability for responsible persons to remain anonymous in the NFA ownership process.

The NFATCA believes that the elimination of the CLEO signature approval requirement for everyone will increase NFA ownership opportunities for everyone in states that allow NFA ownership.  Even states such as Texas, with its legendary firearms culture, had metropolitan areas where CLEOs simply would not sign.  Those days are over.  Now, all eligible persons can lawfully acquire NFA items as an individual or an entity, at their discretion.  We expect there to be some clarification, explanation and amplification of various parts of 41M as we move toward the effective date.  We will try to keep all informed of the happening as quickly as possible.

Read No Tax Stamp SBR in 300 Blackout? Kind of – the Tactical Solutions TSAR >>>