You Need a Tripod, but Skip the Crappy Ones If you’re shooting 35 yards or never leave the square range, I get it. A tripod isn’t for you. And there was a time before tripods found their way into my hunting and shooting. It was a happy time, carrying less gear into a field in the cover of darkness. Given the amount of kit we often haul with us, who wants more? Still, the verdict is in and tripods aren’t just for those of you playing the PRS game.

Too Much Tripod for Hunting

Let’s start with an extreme scenario, one that you’ll probably never deal with but you’ll probably get a laugh from. My first foray into hunting off a tripod was a night hog hunt. I’d brought along a 50 BMG Bushmaster. It’s a crazy heavy gun, the rifle alone weighs 30 pounds. Add the five-pound AAC Cyclops silencer, ten rounds of ammo in a steel magazine, a Nightforce B.E.A.S.T. scope and I believe we’re right at forty pounds! No, I’m not shooting that offhand.

At the time, I had only photo and video tripods. This is before Arca plates were commonplace in PRS circles. Who knew that would come full circle, but I’m getting ahead of myself. My tripod was a stout aluminum one, hardly suitable for hunting. Let me just say, that the tripod was heavy and out of place. Sometimes, you just have to use what’s already in the closet.

Perhaps you’ve tried “Shooting Sticks.” I often see them used in turkey hunting. They often have only two legs, which works well enough for a single shot while seated. They weigh nothing but bring inherent downsides.

Some are flimsy. While few are likely to reenact my 40-pound rifle rig hunt, flimsy support makes for sloppy shots, I don’t care how much your rifle weighs. Obviously, the two-legged shooting sticks aren’t stable. Pick your gun up, they fall down. Imagine you’re hunting, you take a shot or shots, then need to immediately pursue your target or quickly shift locations. It happens all the time when we are stacking hog bodies in West Texas. That two-legged set of sticks, no matter how rigid they are, is going to be down in the dirt. Good luck finding them.

What about the lightweight three-legged types of tripods? Pro Staffer Jared Hilton loves them. And I admit that when we started using the lightweight tripods our accuracy and body count numbers went up. Even our high-speed MARSOC hunting buddy notes the improvement. But lightweight builds on three legs still have issues.

On occasion, when putting some downward pressure on the lightweight tripod I’ve had them collapse a bit. That will ruin whatever shot you were lining up. And because they are not heavy duty, they break too easily. When pivoting to chase a moving target, they can flex. Granted, I know first hand that these tripods can be assets. But they can also be a pain in the asset.

If we could find the magic formula that delivers heavy-duty performance in an ultra-lightweight package, that would be perfect. I have yet to see that. And, that in turn brings us to my favorite current favorite tripod from Sand Sock Gear.

Yes, we’re back to photo tripods, as I alluded to earlier. That started with a conversation with some friends at Alexander Arms. They built their 6.5 Grendel Blitz rifle with Catalyst Arms Fast Track Handguard for the express purpose of integrating with Arca tripod heads. They suggested talking to Sand Sock Gear, a company I was already familiar with thanks to my MARSOC buddy. He’s a big fan of their bags for long-range shooting support. Sand Sock agreed to send a tripod for review, no strings attached. That was some months ago and the Leofoto has now been a lot of places with me. Folded, the Leofoto 364C is short, a mere 23 inches. That’s shorter than some of the twiggy shooting sticks and cheap tripods I’ve used. However, it is a lot bigger around. The top plate where the legs connect is six inches at it’s widest point. Integrated into the top plate is a handy bubble level.

The beefy carbon fiber legs of the 364C solidly attach to that plate. The Leofoto extends one inch higher than the twiggy one to 63 inches, and it’s still rock solid. What is rock solid? 77 pound capacity according to Sand Sock Gear. That will easily manage my 50 BMG, fully kitted out. In fact, a nameless person who shares my last name may have exceeded that by dangling themselves under the tripod briefly. So, that was roughly 115 pounds…

The legs use a twist locking ring to secure and release the extensions. While that idea has been around for decades, and some don’t love it, the implementation on the 364C tripod is excellent. With the tripod collapsed, I can grab all the locking rings with one hand, rotate about a 1/4 turn, and fully extend. It takes me about six seconds per leg to extend and lock them in place. Compared to the very unique Primos tripods that release all the legs together at once, six seconds is an eternity. But if you consider how much stronger and more durable the Leofoto 364C is, you mind find that you don’t care about the extra seconds required to set up. All that rugged sturdiness comes at the price of weight. At 5.5 pounds, the 364C is exactly two pounds heavier than the top tier twiggy tripod I’ve used a lot. There are tradeoffs in everything, and that may or may not be a deal-breaker for you. For me, however, I expected something heavier. I’ve been using heavy tripods forever, so this one surprised me.

In addition to the tripod, you’ll need a head. Sand Sock Gear sent the Leofoto YB-75MC 75 mm Tripod Leveling Head that includes the Arca clamp. Alternately, you could get the Leofoto YB-75LC 75 MM Tripod Leveling Head with Hook if you wanted to add even more weight and stability. Either way, you’ll get an adjustable tension clamp for your Arca rail plate making mounting secure. A handle protrudes under the head. A quick twist and you can release the head to level, pan and tilt. So whether your targets are moving or stationary, you can stay on them. Of course, actually hitting them is up to you. The head also has its own bubble level. 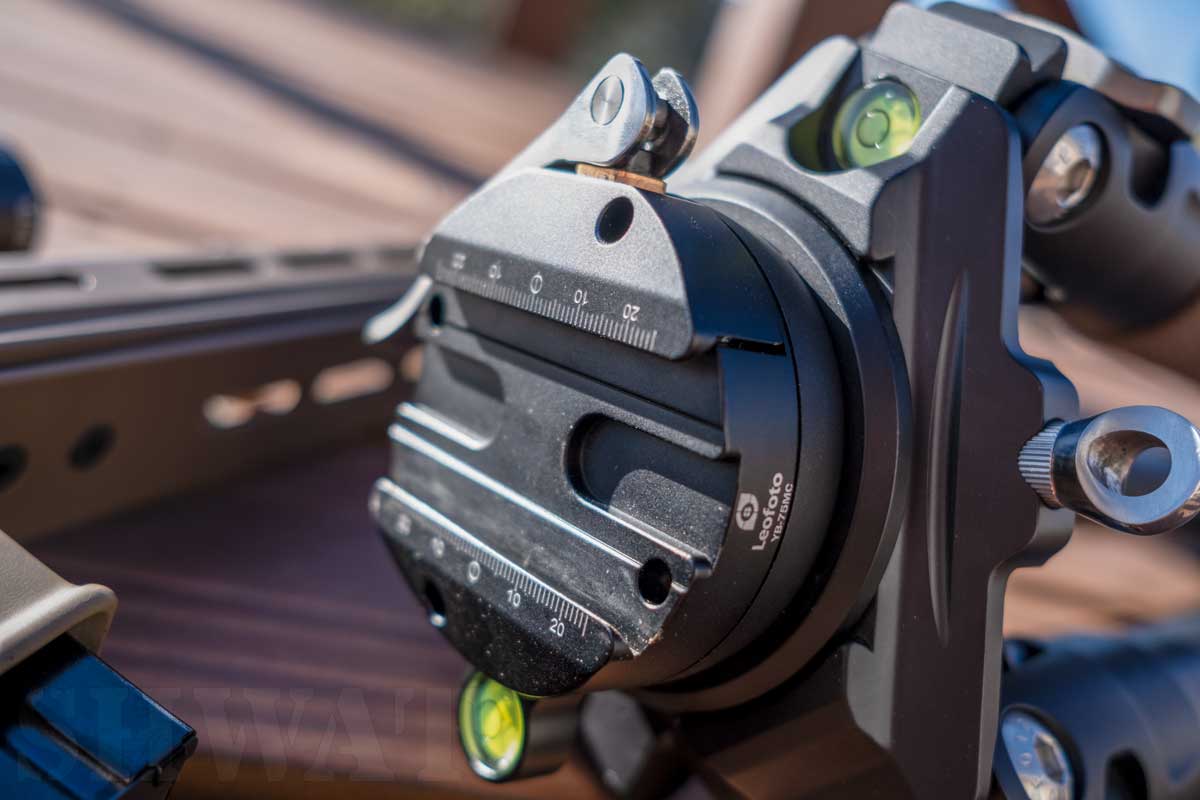 Not Just For Hunting

Hunting with tripods is now commonplace, but it didn’t start that way. Sand Sock Gear was built by long-range shooting enthusiasts for long-range shooters. They have historically focused on those civilian and military shooters who need to reach out a long way. And while long-range hunting is growing at a remarkable rate, you’ll find this tripod to serve both interests. Besides, if you’re going to practice for that antelope shot at 400 yards, this tripod will make that and zeroing easier. In fact, the tripod will even let you drop to the ground and shoot prone, my preferred posture when zeroing.

This is quality gear from a quality seller. I have no reservations about recommending it.